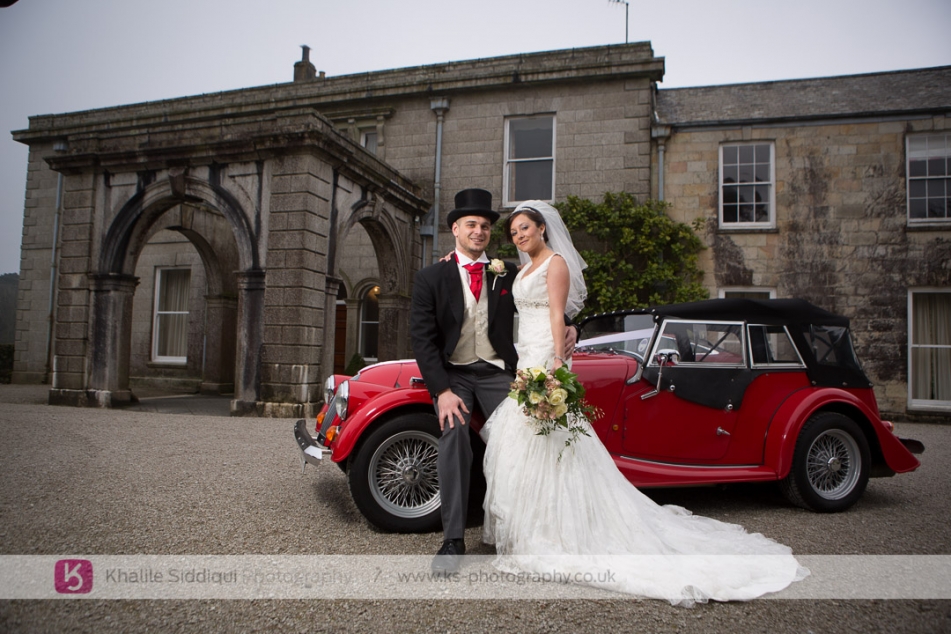 25th March, 2013 I have to say I've never seen a ugly bride, but Lucy and Adam was an exceptionally beautiful and fun lovely couple, and I was really looking forward to covering their Scorrier House wedding. 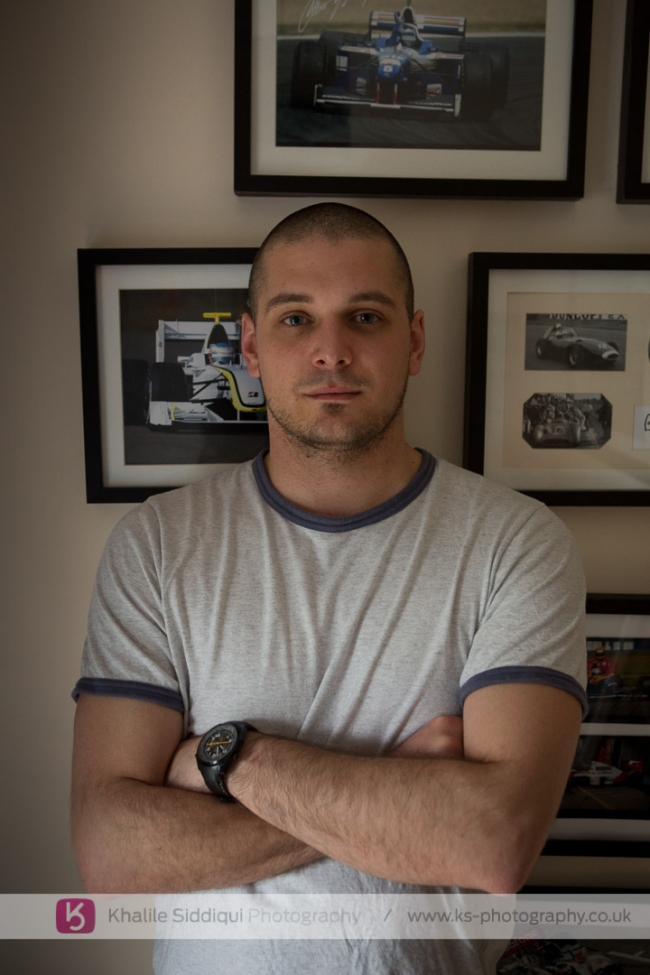 We started the day at Adam and Lucy's house to catch up with the boys. While looking around the house I came across Adams shrine to F1, his passion, so it only felt fitting to capture him and his outfit in there before leaving Tamsyn with them and heading off to Lucy's parents to capture the girls build-up. 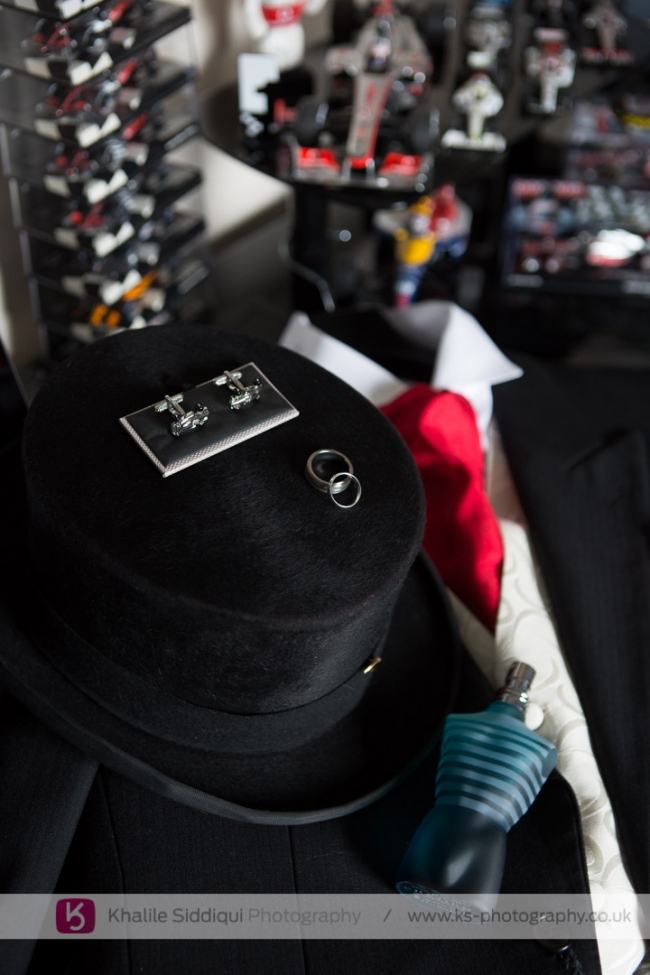 All was fairly calm when I arrived at the house and was welcomed by Lucy's father David. What a lovely man, we've done weddings well into treble figures now, but this was the first time I've covered a wedding when I realised what I was missing out on not having a father-in-law, as Tamsyn's dad died the year before we got married, a month after I asked his permission for his daughters hand in marriage (I hope it wasn't the shock of me asking the poor fella!). The Kneebones are such a close loving family with three beautiful daughters. Lucy was very nearly ready on my arrival to the house so I caught her covering her final touches. 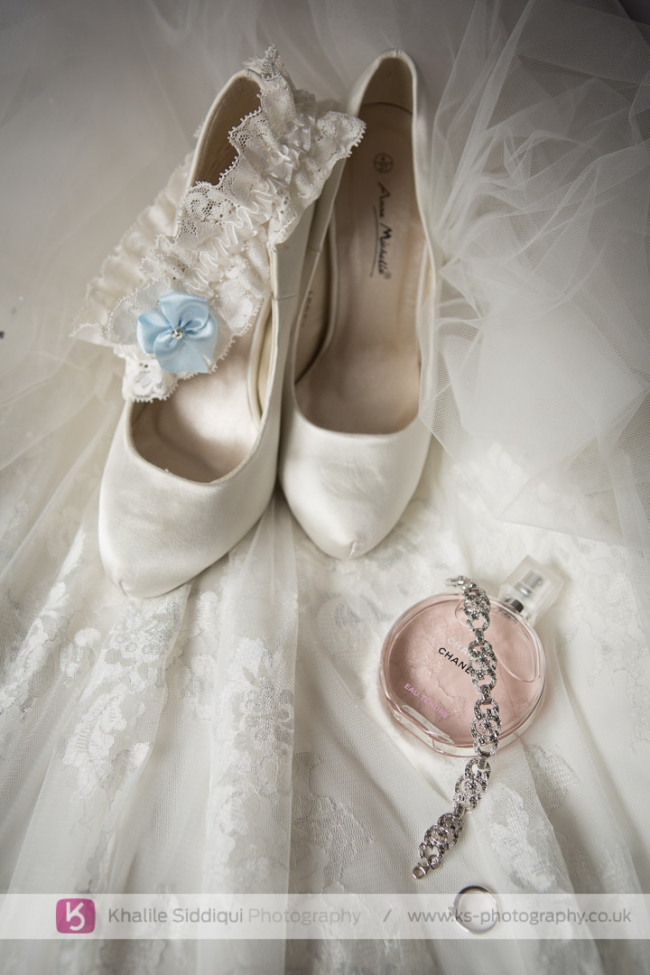 All of us felt so lucky about the weather as it had been raining heavily for some time the week prior, but stopped the night before the wedding. So after capturing some family photos in the back garden with their far reaching views, we headed of the the very handsome Scorrier House where the boys and guests were waiting patiently for our arrival. Lucy was a bit, but bless him Adam was just about holding it together, waiting at the front. 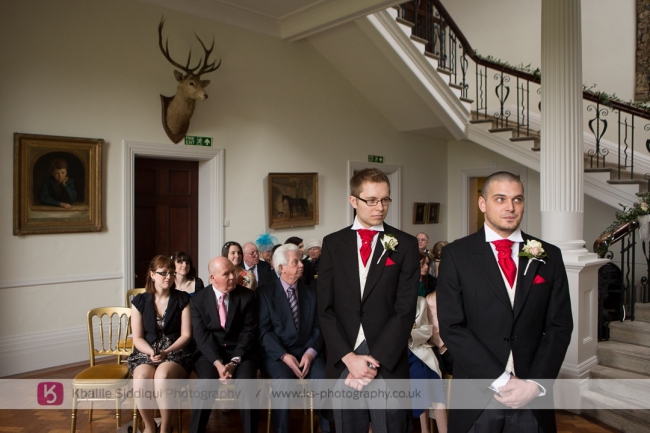 But it was well worth the wait as Lucy looked stunning in her Lavender Rose wedding dress. But
two things that brings a smile to my face at every wedding, one, the look on the grooms face when the bride starts down the aisle, and the second being the look on the father of the brides face when he sees the groom waiting (you'd better look after my little girl, OR ELSE!) regardless of how fond he is of his new son-in-law to be. 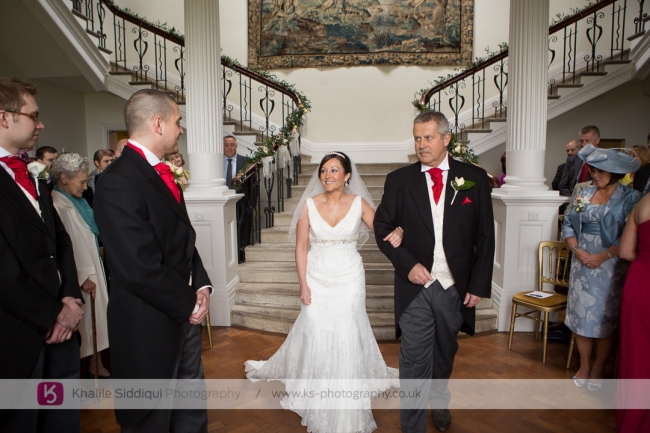 The ambience in the hall was that of calm, classic, beauty, and Adam and Lucy certain filled the roll well. 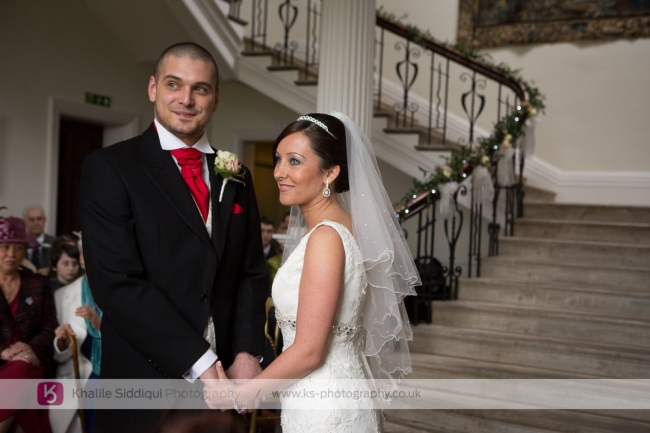 I think the harpist certainly helped with setting the scene. 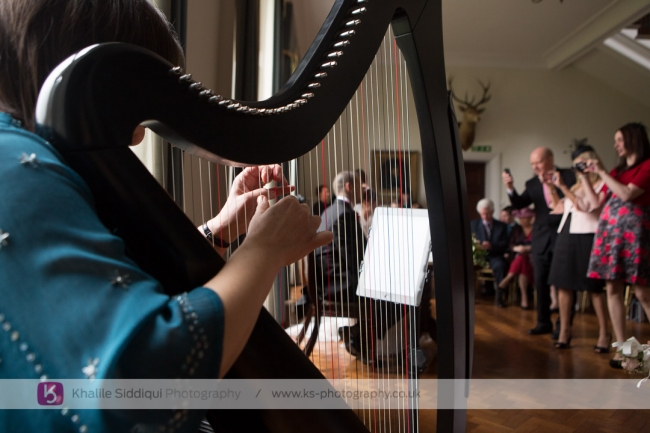 After getting a few of the larger group photos outside, we were forced to retreat back into the house, as with the wind chill we had sub-zero temperatures. 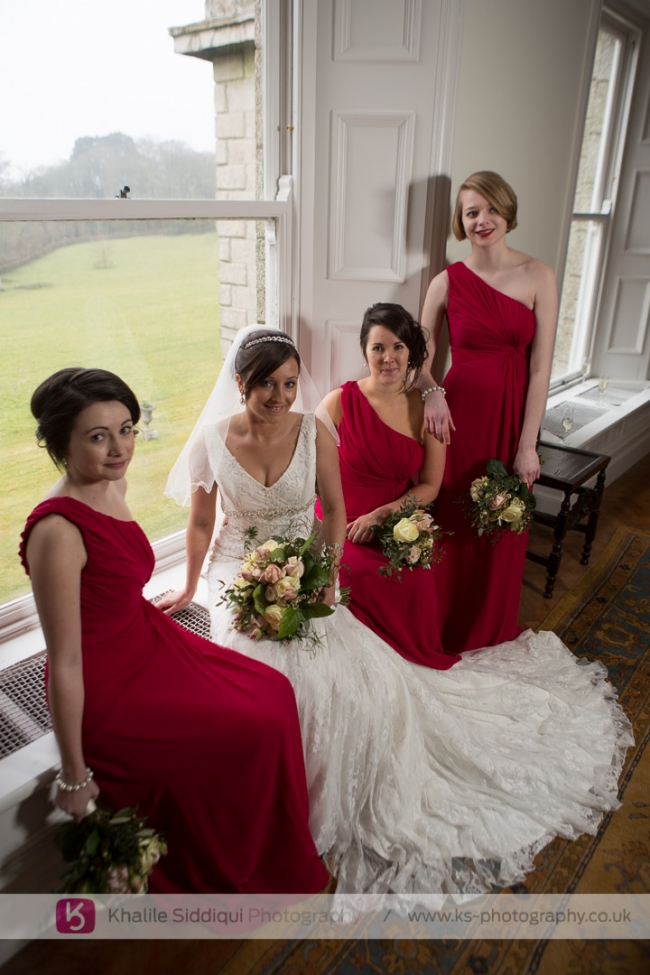 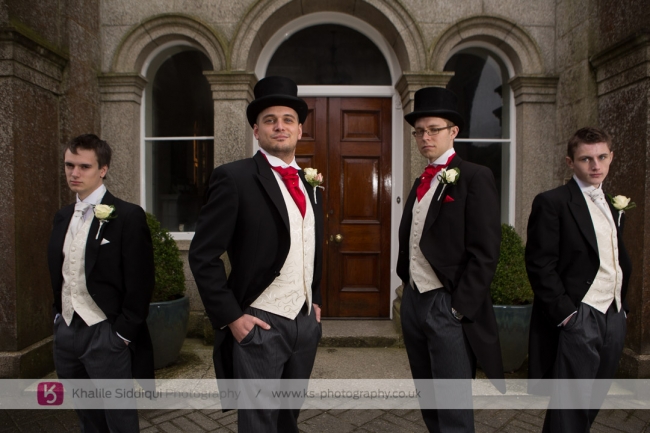 And then it was off for the obligatory beach photos. We headed off towards Porthtowan but stopped off at Wheal Rose first. 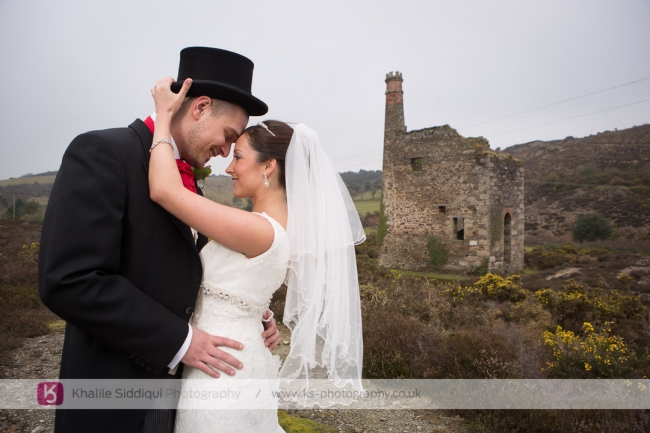 I was surprised how quick it was to get there, it only took about 15 minutes to get down there, but we didn't have long once we got there as it was bitterly cold and poor Lucy ceasing up, bless her, but she was a true super star. 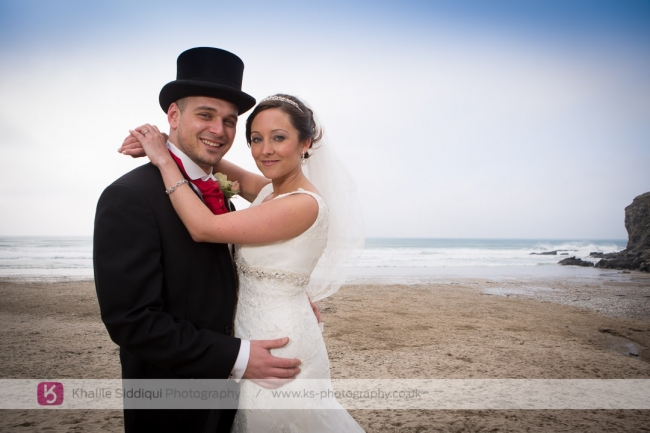 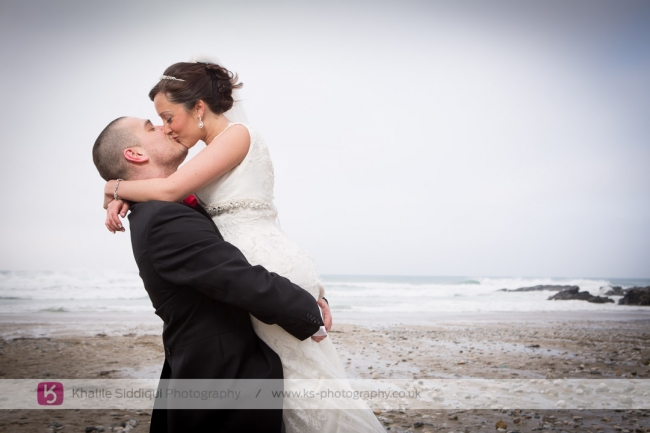 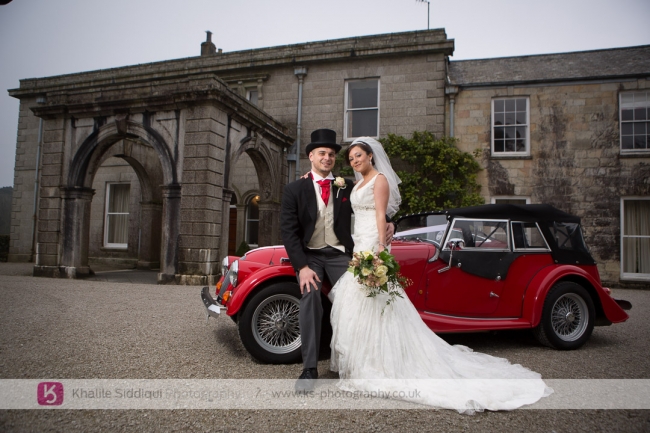 Then we headed back in time for the wedding breakfast which was supplied by the very talented Jamie Beetham. His team did a fantastic job of turning the room around, the place looked very classy. 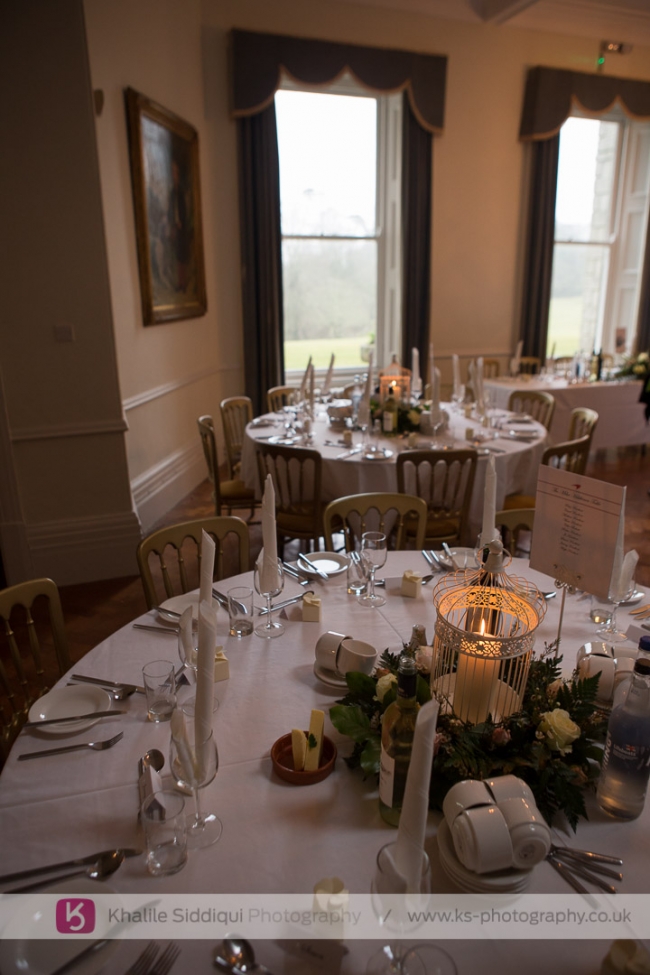 I took a look behind the scenes and I have to say, after seeing quite a few catering companies Jamie really has got a great team behind him, and his food was sublime.

All of the speeches were really good, but I have to say, Adam really did choose his best man well. Dave was calm, organised, and charming, and when he got to his speech, I nearly wanted to died for Adam, as David managed to get hold of Adams teenage years diary, and started to read it out. But it was all done with love in his heart. 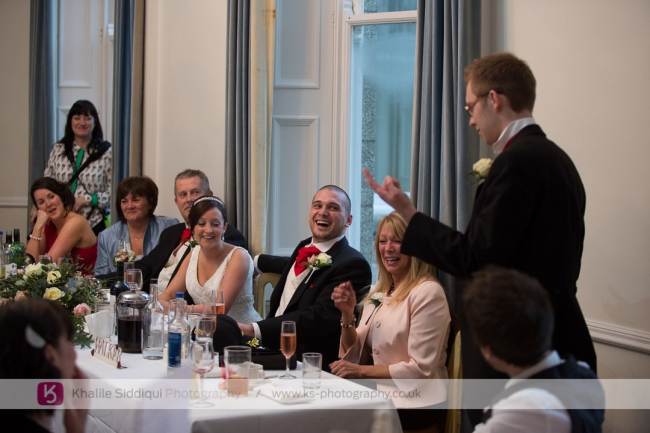 After the speeches it was of course time for the first dance. Later on in the evening, even the great Jamie Beetham couldn't resist the lure of the Belgian chocolate of the Absolute Chocolate fountain! 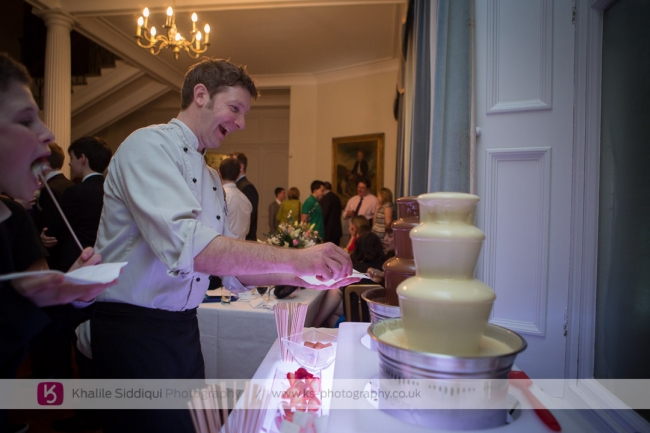 And how better to round off the evening than with the tossing of the bouquet. Congratulations Mr & Mrs Walker, and thank you for letting Tamsyn and I share in your most special day! xx